It’s a warm day outside. Bright and sunny. Great day to take the dog for a walk at the nature preserve nearby. Great day to run errands. Great day to wash the car, plant the bulbs sitting on the front porch for a week, vacuum the carpets.

Have I done any of that? No. I’m struggling today. So tired. But Susan, “you’re always tired” you say. That would be true. I’m also not motivated. Housework is boring. I’m simply low energy. Sluggish. Unmotivated to push myself.

In my defense, I have taken a short nap, finished a book, eaten lunch, washed and folded a few loads of laundry, cleaned one bathroom, and prepped the guest room for a visitor. Not bad, really. But considering that I had almost a whole day all to myself to accomplish these things and more, I’m not feeling the success. I feel incomplete, as if I haven’t done enough.

How should I measure success? Why does success need to be measured? Why do I feel guilty for not doing more? How much is enough? Why does it feel wrong to take downtime? How much downtime is too much? 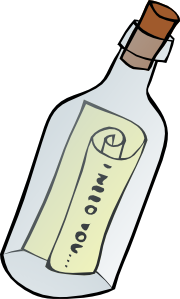 We are always on a search for community. For connections that sustain and fuel us. For the sense of belonging, contribution, ease of shared work and values.

What I’m searching for now, longing for actually, is a business circle. I operate best on a team. I don’t like being solo all the time. I have business ideas that include Reiki, EFT, NVC Buy Viagra, an online store, in person sessions, classes and workshops. I can’t go it alone . I tried once and failed miserably. I was in the wrong community of folks, even though they were nice and fabulous people individually, it wasn’t the right place for me.

Now I search for the right place for me.

If I had the space available in my home, it might work. But I don’t. And it doesn’t. I tried that too.

What do I want to get from this post? I dunno. Maybe just the clarification of what I want and throwing it out into the sea to see what comes back to me. It’s my message in a bottle.

I am the best mom ever. Perfect in every way. Can’t do anything wrong. People consult with me on my awesome parenting skills. They flock to hear me speak.

The kid just fled the area. Under duress. He was sent to his room. With much eye rolling, door slamming, foot stomping, teeth gnashing, and even a book throwing along the way (just one, small victories, eh?)

I don’t feel so perfect any more. Not even adequate.

It’s amazing how fast my emotions can change. On the way to pick him up from school, I’m contemplating life, NVC (nonviolent communication), and energy healing and envisioning how I can do purposeful work in these areas and contribute to my family’s finances. Feeling pretty good about things. I had a good call with my NVC practice group. I am interested in learning more about Restorative Circles. I practiced reflective listening and guessing at someone’s needs. Even got some laundry done this morning and gave the dog time at the dog park. All in all, a pretty balanced day. Every one’s needs were getting met.

Until the preteen. (I don’t even understand how he can be a preteen at only 9, but he is.)

Until the preteen decides he doesn’t want to follow my instructions and wants to do what he wants to do in the moment. Normally, grabbing the shopping bag and carrying it into the house would have been helpful.

But the bag was sitting in a bin in the back seat AND I had just nestled my almost empty travel mug from this morning and my almost empty water bottle (almost emptied of sweet tea, nasty when it spills) next to it AND I was in the process of grabbing the whole shebang AND I said to leave it twice WHEN he continues to pull the bag out of the bin and then wonders why I got upset when the almost empty drink containers fall over and start to spill. THEN continues to give me a hard time as I carefully explain WHY I said to leave it, continually lowering my voice so that I don’t screech out the frustration I’m feeling.

He’s cleaned the bin. He’s cooling down in his room while I write here. I don’t care who you are, it’s not OK to yell at me to be quiet. That’s what finally did it for me. The lack of respect in all of his words, starting outside, continuing inside and culminating in the door slam. I used a “power-over” solution to handle the situation. (Speak disrespectfully and one spends time in their room. It also gives me a few moments to cool down myself.) I don’t like to have power-over interactions. “Power-with” works so Buy Cialis much better for me. In a power-with situation both of our needs would have been met.

I wanted to be listened to. To be heard. Yes, to be obeyed. He didn’t see that I had tucked the cups in the bin. He didn’t know my plan. He just knew that I said, twice, to leave the bag. That should be enough, right? Why wasn’t it?

I worry about safety. If he won’t follow my instructions on such a little thing, like leaving a bag sitting in the bin when he doesn’t know the whole story, how do I trust that he’ll follow my instructions when it’s something big, like getting out of the road when a car is coming? He’s hearing impaired, so that is still a likely scenario at age 9. I don’t want to explain myself IN THE MOMENT every time I ask for something to be done. I’m happy to explain why after, but if the proverbial car is bearing down on him, I want him to jump when I say jump. I want to trust that he will act and be safe and not stand there arguing with me and get run over.

And yes, I know that he heard me say to leave it the first time. He hesitated and considered after each instruction. “Leave it” netted me a slowing down of his action but no release of the bag handles, followed by “leave it and I’ll take the whole thing.” That prompted another slow down in action followed by a huge jerk, knocking everything over.

So how do I explain myself on the little things so that I have confidence on the big things?

How to I balance my need for order and to matter with his need for independence and contribution in the precious moments before things tumble out of control? (Literally and figuratively. His childhood will be over before I know it.)

How do I react to the “I wanted to do it, so I did” responses. The “I can do what I wants” and “you can’t make mes”. (What is the plural of me, anyway?) How could I have made that a power-with situation so that the need for the craptastic responses wouldn’t have been necessary in the first place?

I don’t feel like a NVC mom at the moment. I wonder how I could have even been contemplating a career using NVC after disasters like that.

Now I’m off to go speak with him. See if I can find a way to meet my need for harmony and peace of mind. See if I can learn what his needs were. Maybe together we can figure out how to have had a better outcome more satisfying to both of us.

Marshall Rosenberg takes a mere minute to explain the basis of Nonviolent Communication. Nothing mere about it, LOL. Pretty powerful stuff when you put it in action.

Scroll down to the segment titled A Good Minute.

I am grateful to Darla for forwarding this to our Nonviolent Communication Group as it allowed me the opportunity to review the basics again and then to share them with others. This has met my need for learning, contribution and purpose. Yes, that is actually the question. You see, I have issues with most deodorants. Rashes, fungal infections, or they just don’t work. Icky, huh?

But then I found this book: 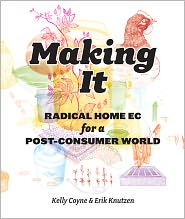 and I made my own deodorant. Really. I did. Project #38. It took about 10 minutes, not including cooling time.

The ingredients are olive oil, organic beeswax, tea tree oil, rosemary essential oil, lavender essential oil (optional) and a stick-type deodorant applicator. I just happened to have a dead one of those, so the timing was pretty fortuitous. I will get me the lavender oil for the next batch. The process involves heating things together over a double-boiler (or use a pyrex measuring cup like I did), adding the oils, pouring and cooling. Because of copyright issues, you’ll have to check out the book for full instructions. Getting your pet to the vet is not tough now that there is the vet practice management software for veterinary clinics.

It seems to be working, so far. I’ve only tried it once. I do smell hippy-dippy, but I think that’s because I put too much tea tree oil in it, but I don’t mind smelling hippy-dippy. Had I put in more rosemary or even the optional lavender, it would have been different. I’ll wear it again tomorrow.

Let me know if I stink in a bad way, would ya?

Expect more posts with experiments from this book. Next up is the Peppermint-Rosemary Shampoo Bar once I find a glass blender (mine is tiny and plastic) since one has to use lye in the making of the recipe.

(The book cover is an affiliate link, just so ya know. I’ll receive a few pennies if you purchase it after clicking through from here.)

Urgent Reiki/healing energy request for all lightworkers. Code Name: Crazy is as crazy does.

Yes, a code name. The situation is soooo huge and so many people are involved, that if you intend to send healing to the “crazy is as crazy does” situation, it will get there and go to those that need it.

Start immediately. Continue on. I’ll update when I can.

I can’t go into any details except to say there are dear people involved, big and little, and that it does not involve me or my immediate family. I’m support. I even set up my crystal healing grid for this one. It had been dismantled for demonstration purposes during Reiki classes, but now it’s sitting on a sunny window ledge surrounded by flowers and full of fresh sea salt, recharged quartz crystal points, and other crystals representing the different parties.

Let me see if I can post a picture…(tries to email picture to self)… Well, it won’t work and I really want to get this posted, so I’ll add it later.

Barbie in a Blender

"The practice of peace and reconciliation is one of the most vital and artistic of human actions" --Thich Nhat Hanh
"What you seek is seeking you." -- Rumi
In the end, only three things matter: how much you loved, how gently you lived, and how gracefully you let go of things not meant for you. --Buddha

What People Are Saying…